I attended the funeral of a beloved Grandmother. One of her grandchildren, James, who is 6 years old, spent that last week of life with Gram. What an amazing gift they both received before her death!

Children and Experience of Death

We often try to avoid conversations about death and dying even though death happens just as often as the births we celebrate!

The best advice I have ever received was from Pastor Richard. He said, “Introduce your children to death early on, and it becomes just as natural as birth for them.”  In August 1993, my mom received a terminal cancer diagnosis. His advice couldn’t have been more timely.

My children were only four, three, and two-year-old at the time. I brought them to the visiting hours held for a church member. They knew the person, but he wasn’t someone close to them. My oldest asked a few questions which I answered honestly and with age-appropriate detail. Afterward, I spoke with my children about their much-loved Gram who lived with us and who had recently received a terminal diagnosis.

We went to another wake and a funeral over the next year of people they knew. Each time they became more comfortable, not only with what they were seeing but also with how to behave and to respond.

My children also spent a lot of time with their Aunt Patty. She lived near a cemetery where they often went for afternoon walks together. She, too, spoke openly about where they were and what they were seeing.

A year later, when James was five, he asked if Gram would be buried in the cemetery. When we told him “no” and that Gram would be cremated, he was afraid we would forget her! After all, he had been told that headstones help us remember who is at the cemetery. It was then we decided it would be nice to plant a bush in our front yard in Gram’s memory when the time came.

Just two months later Gram died during the night. When I woke James up and told him, the first thing he said was, “Can we get Gram’s bush today?!”

It’s been almost 30 years since that special day. My children have told me how much they appreciate the ways I made death feel “normal” and “okay” for them. They still feel the same amount of grief as their friends do when someone special dies, but they aren’t afraid. They are comfortable in death’s midst.

The bush still lives at “home” where Gram and Pepere’s ashes are scattered. Each of her children has a shoot from that original American Cherry bush. The little stone boy statue we purchased for James, along with our bush, sits in my own front yard now, under the highlight of my garden, “Gram’s Bush.” 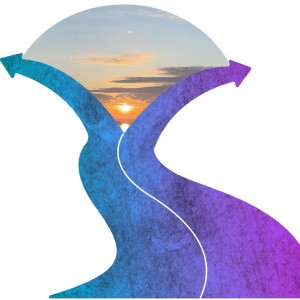 Menu
PrevPreviousCREATING A LASTING TRIBUTE
NextAM I GOING CRAZY? NO, YOU’RE IN GRIEFNext
On Key

A retreat is an opportunity to get away from the clamor and chaos of life and focus on yourself.  A retreat offers sacred time to look beyond our day to day schedules and obligations and rediscover what lies beneath the surface – those things we truly value that guide our choices, attitudes, and relationships. Retreats

There are some really basic things about grief that I wish I knew years ago! Knowing might have made grieving my parent’s and brother’s deaths a bit easier. Here’s a quick and succinct list of the things I learned along the way. If you finish this post and are frustrated because I didn’t include your

Over time, many believes have been adopted about the dying process. While some are true, several are just myths, developed as people across the centuries have tried to understand something all of us go through, yet few truly understand. These misconceptions can interfere with receiving the best care possible at end of life. Debunking these

I love the way my friend Crystal approaches grief. She is right out there, no BS, and gets right to the heart of it.  Grief. Sucks! In her book Confessions of a Griever: Turning a Hot Mess into an Haute Message (Laughable Lessons for When Life Just Sucks) Crystal brings us into her world of